Representing Block 13, outta Toronto, Ontario, Intrepid Stylez was in fact born from a 1980's Bboy crew the Intrepid Street Rockers. This limited one time CD pressing features 7 of the groups early demo recordings leading up to their independently released 1999 debut "Underground Connex". Recorded between 1996-1997, emcees Mast, Chill Da Bandit and Special each bring forth a ferocious rhyme style, complimenting the hard hitting productions of DJ Kama.
Included amongst these recordings is the well known vinyl only 1996 banger "Junior Criminalz" and demo versions of album tracks "Kasualties" and "Da Outcome".

Posted by Dust&DopeRecordings at 22:28 No comments:

"This album is also available now on 2LP vinyl from GRR, and is available to purchase from Vinylism, HHV, Vinyl-Digital and other good retailers." 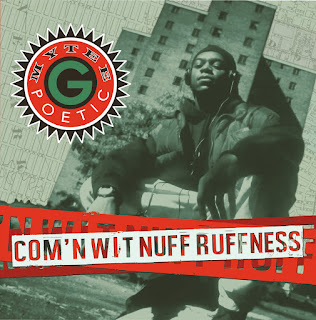 Posted by Dust&DopeRecordings at 15:24 No comments:

Bronx Bombers Are Back

Dust & Dope Recordings will be launching pre-orders for Raw Breed - Killa Instinct CD in 2-3 weeks time, assuming there is no delay at manufacturing plant.

Killa Instinct was scheduled for release 21 years ago but was tragically shelved due to its hardcore content. It has since remained one of the most sought after albums in hip hop.

The audios were sourced from the original masters and aim to please those who have patiently waited 20+ years to own a physical copy.

Shout out to Thomas L. Stephanson aka SourceofMadnessMusic for his role in making this happen.

The album is limited to a one time pressing of 300 units. No different then any of our releases, once sold out the album will not be repressed.


Posted by Dust&DopeRecordings at 20:48 No comments:

Check out this exclusive video Can't Come Close by Natives In Black of Boston, MA. Originally recorded in 1991, only a handful of promo copies were pressed up onto VHS and unfortunately never seen the light of day. Til now...
Natives in Black-Can't Come Close CD coming soon!!!

Posted by Dust&DopeRecordings at 20:22 No comments:

Dust & Dope Recordings is proud to announce the very limited cd reissue of North Carolina's Mental Dimension - MD's on the Come In. Mental Dimension consists of Dobie, Rhymes Galore, Prolific, and Progress... each one's skills complimenting the next, making this 12 track monster release one of the most obscure yet perfectly crafted albums in the history of underground hip-hop. Boom Bap at its finest!
20 years since its official release, MD's on the Come In has proven to be one of the most impossible to find cd releases amongst collectors worldwide.
Recently pressed on wax for the very first time ever, courtesy of our good friend Debonair P at Gentleman's Relief Records, Dust & Dope Recordings brings forth the cd format reissue everyone has been asking for! Limited to only 150 units, here is your chance to own this gem.


Posted by Dust&DopeRecordings at 15:07 No comments: